Another Consultation? Is this to be a biennial event we wonder?
Two years ago, in spite of warnings from the locals that digging up a favourite park in order to house the Gloriana, a replica 18th C. Merchant’s boat, was not the best idea El Brute had ever had, the Council went ahead with a consultation the results of which thoroughly bested all imagery including that of “a crystal palace fit for a fairy princess” and resulted in an overwhelming 93% residents voting against. (Twit’nam knows a real palace when its sees one).

Now they are at it again. The Council has spent £100K of taxpayers’ money, between the end of December 2015 and the end of May 2016, and is now pretending to consult on the tweaks to the Francis Terry Coliseum design for the Twickenham waterfront, complete with amphitheatre. There’s been no mention yet of lions and gladiators, but we suspect that will be a surprise feature along with certain scantily clad favourite Councillors stirring up us ‘proles’ with their broadswords and acts of valour. 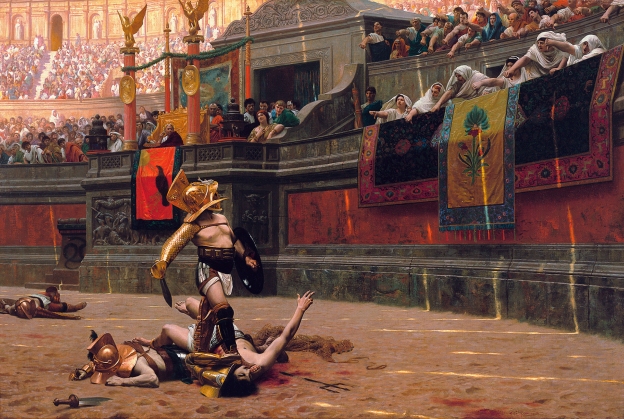 True Phlem slaying local opinion before the next local election

Support for the design (or is it a concept) is headed by Councillor Pamela Fleming, Strategic Cabinet Member for Environment, Business and Community with Lord True apparently leading from the rear. We say apparently because some are wondering about the intentions of Lord True – he is certainly less engaged with local issues since he was ‘elevated’ to the Lords. The £300 a day attendance allowance must provide a considerable pull toward the plush cushions of power. So is all this obduracy (sorry – ‘willingness to consult’) a chance for Cllr. Fleming to show her mettle as a potential Leader?

Cllr. Fleming claims she has been listening and consulting with us proles of the riverside since the last consultation at the end of last year. A brochure, published at some cost to the council taxpayer was delivered to many homes in the Borough, although mainly outside of the Twickenham Riverside area. Residents were informed that Cllr Fleming was listening to the criticisms about the height, width and issues of public space. She didn’t mention the fact that the majority of residents had said emphatically they thought the Francis Terry design was inappropriate for the Twickenham working waterfront and looked plain silly beside Water Lane and Church Street. She hadn’t (apparently) heard residents also say the whole process of briefing and choosing this particular architect was deeply flawed, and that promises made by Lord True back in 2009 to allow public participation are broken. They have not heard shopkeepers who say the whole proposal is a disgrace and will cause them to close their doors.

The Council claims 3000 people were consulted on the first design/concept. While it may be correct that circa 3000 visited the pop-up shop in Church Street (discounting those of us who visited more than once), none of the responses in the pop-up shop were recorded. Some of us remember crying (or were we laughing) when we saw the amphitheatre, or registered the lack of understanding about access to Eel Pie.

The good Councillor implied that those visiting the pop-up shop thought the design/concept quite wonderful; apparently our tears and fixed grins were interpreted as demonstrations of joy. What counts however is the result of the on-line consultation in which the public gave the whole thing a thorough drubbing in spite of the Council’s attempt to control the analysis. Just 12% thought the design/concept to be merely ‘acceptable’. Now is that justification for ruining our riverside?

So here we go once more and in spite of the results of that first consultation, the nearly 2000 signatures gathered by RAG and about the same number by the Twickenham Riverside Village Group; in spite of RAG’s efforts to find common ground and a solution that is acceptable to all, Cllr. Fleming is coming at us with another of her consultations, with the aim of inflicting more Roman columns on the town. The architect has presumably forgotten we are a working riverfront and lie along the Thames not the Tiber. 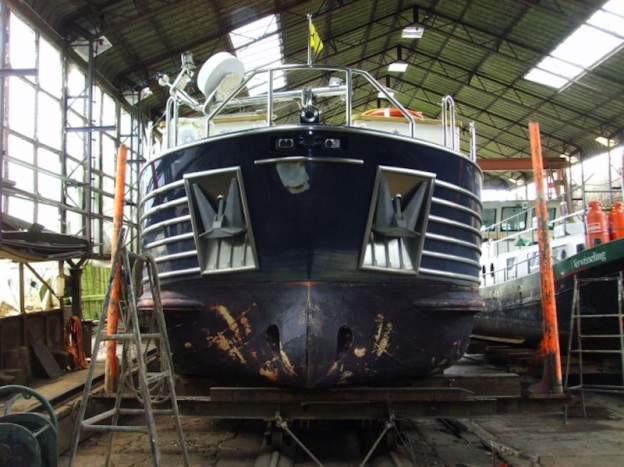 “NEWS: Twickenham Riverside ….Revised
This summer, you can have your say on new designs for Twickenham Riverside (once again). The designs for a proposed new heart for Twickenham – including a wider Water Lane, additional parking and reduction in building heights will be launched next month.
Last year, over 3,000 people took part in a consultation and had their say on a conceptual development scheme by the Council’s preferred architect, Francis Terry.
The concepts focused on designs for the run-down old pool buildings and the Santander/Water Lane site bought by the Council in 2014. They aimed to create a real heart for Twickenham and draw people to the town, river and Diamond Jubilee Gardens. The ideas presented would improve the link between Diamond Jubilee Gardens and the embankment and create two new large community spaces. All the space at ground level would also be open for public use.
In response to the initial consultation, the architects have now reviewed all of the feedback. They have further developed their proposals to try and incorporate many of the themes suggested. These include:
• The need for a single open space
• Requirement for a wide Water Lane that will increase visibility of the river
• Simplifying the architecture on King Street and changing materials to match nearby buildings
• Identifying additional parking spaces
• Potential reduction of building height – particularly on the river front.

The second consultation on the further developed proposals will be launched on the 19th July. Similarly to the last consultation – information will be available online and via a pop-up shop on Church Street. However, the consultation will last longer and will be for approximately nine weeks.
Cllr Pamela Fleming, Richmond Council Cabinet Member for Environment, said:
“We have listened to what people said. Over the past few months the architects have been developing the concepts to incorporate the main issues raised. When we go out to full consultation in July, you will see how your feedback has influenced the changes. The need for a wider Water Lane, alternations to the architectural features and materials and reviewing the parking requirements are just some of the changes.
“We promised that we would hold further a consultation over the summer and into the autumn. We will ensure that as many people as possible have the opportunity to have their say. It will be a nine-week consultation period, the longest consultation period ever. We will again have the pop-up shop for part of that time, where residents will be able to meet with the architects.”

RAG is also keeping its promise (honest): it will keep campaigning for the riverside you have said you want and for this reason have joined with other groups to preserve and improve our town centre. You have made it clear you want a link between our three high streets in a way that connects us to a working river, to leisure activities, to our historical heritage and to the more recent musical heritage of Eel Pie. 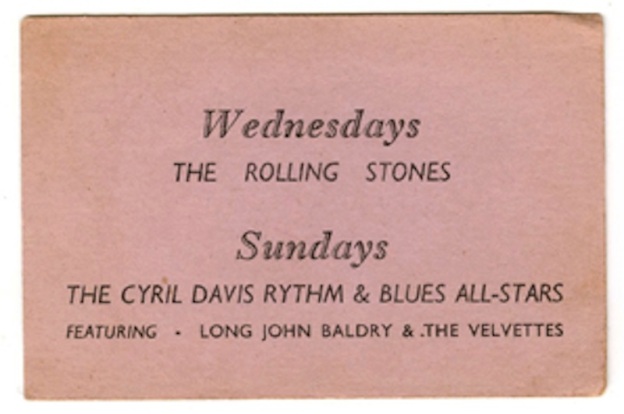 And you can do your bit to help. The Riverside Action Group is crowd funding to support its work to ensure that Twickenham Riverside provides a real heart for Twickenham. The group is seeking financial support to cover printing and incidental costs, and potential legal costs, if it needs to pursue that route. Any surplus will be donated to HANDS, a local charity supporting the elderly, and SPEAR Housing Association. http://www.riversideactiongroup.uk

Main Question: Why would the Council spend £100K on minor changes to Francis Terry’s design/concept if it were not intent on ignoring public opinion and pushing ahead with the plan?

You want a prize for the best answers? We might extend to Eel pie and parsley sauce at a well-known hostelry near you.